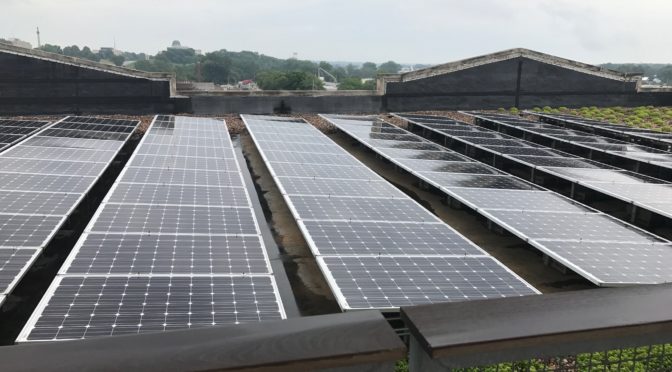 DES MOINES: The city of Des Moines is one step closer to moving forward with developing a climate action plan. On May 6, 2019, during a City Council work session, Eric Giddens of the University of Northern Iowa Center on Energy and Environmental Education discussed the results of a newly completed Greenhouse Gas Emissions Inventory for the city of Des Moines. Check it out here.

The city of Des Moines adopted the energy and water benchmarking ordinance at its June 3rd meeting. The much-watered down ordinance that was passed is not the end of it. The council will revisit the ordinance and a proposed change in August.

Later in the year, the city of Des Moines will be voting to approve an MOU with UNI’s Center for Energy and environmental Education to start the process of creating a citywide climate action plan! These efforts are being lead by the Des Moines Citizens Taskforce on Sustainability.

IOWA CITY: The city of Iowa City adopted a Climate Action plan in 2018. Check out their plan here. We appreciate the cities leadership in creating and adopting the plan. Now we must ensure the city implements to GHG reduction steps laid out in the plan. Stay tuned for how you can get involved.

AMES: The city has established key energy goals to reduce their green house gas emissions. In addition, the city is in the process of updating their greenhouse gas emissions inventory and creating a community solar garden. A community group – the Ames Climate Action Team – has formed to help push the city to do even more to address climate change.