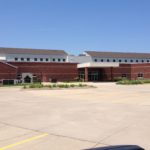 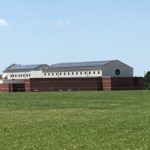 The Renewable Energy category features the use of renewable energy on a small or large scale, such as civic or commercial implementation, or residential or small business integration. Renewable energy includes sources such as wind, solar, hydropower, or geothermal. These projects will seek and have success in decreasing use of fossil fuels and reducing carbon emissions, as well as serving as viable models for others looking to adopt renewable energy solutions.

The Renewable Energy Award is given jointly this year. The jurors believe that the agencies involved would not have had successful projects without the other participating.

Red Lion Renewables created a way to finance solar arrays without causing a financial burden for traditionally non-profit, property-holding organizations throughout the state of Iowa in a way that significantly reduces the cost of integrating clean solar energy and gains an immediate savings for these organizations.

St. John the Apostle Catholic Church adopted that financial model to integrate a 69 kW solar array that offsets 40% of the church’s annual electrical usage. This is the equivalent of planting 36,000 trees, avoiding burning 1000 tons of coal, and eliminating 1600 tons of CO2 emissions over the next 20 years. The church is expected to save over $2,000 annually and more than $97,000 over its expected 30 year life without the church having to raise capital. Total out of pocket cost for the church was $100, which has more than been paid for in savings since it was completed in July.

This financial model has already caused a ripple effect in Iowa, and St. John’s Church was the drip to start it. As the first church in Iowa to use Red Lion Renewables financing arrangement, St. John the Apostle Church has paved the way for all churches to embrace solar in a responsible manner for the sake of generations to come as good stewards of the environment, the community, and the quality of life.

St. John’s used the model as part of its comprehensive carbon and energy reduction plan. Existing energy efficiency measures were in place before the array was installed and additional solar usage is planned after building expansions and future property usages are determined. The church could have waited until all building expansions were completed, but decided phase-in solar energy in stages. The array is well-positioned for the public to see as they drive into Norwalk from the west, providing a public demonstration.

<Click here to read about the rest of our Award recipients.>